Saudization is in full gear as the decade kicks off. Latest numbers indicate notable progress in the Saudization scheme between 2018 and 2019.

With major regulatory and economic changes being carried out to reach the Vision 2030, Saudization numbers are increasing with a large growth spurt made between 2018 and 2019. In 2019 alone, 10,000 Saudi’s were newly listed in the General Organization for Social Insurance (GOSI) as workers, further contributing to the rapidly-changing shape of the Saudi workforce.

There are currently 20 million Saudi’s in Saudi Arabia, according to the General Authority of Statistics. Men and women are 50/50, and most of the national population are below the age of 30, constituting a young working force. The young Saudi society is vibrant and modern with many Saudi’s traveling the world discovering culture, music and heritage. As a result, the Saudi government is furthering its plans for adding festival lineups and international sports and cultural events.

As of the third quarter of 2019, Saudi nationals occupied nearly 24% of the workforce. It was considered a slight, but quick increase from the first quarter of the same year. This is an indicator that what the Vision 2030, along with Saudization are accomplishing is vitalizing the young society of Saudi Arabia, increasing their involvement in the workforce and bringing new and exciting elements of art and culture into their lives.

A third of all working Saudi’s are women, according to the labor force report issued by the General Authority for Statistics in Saudi Arabia. However, women still constitute most of the unemployed group with nearly 80%. This number is expected to decline, given certain regulatory changes which make it easier for the Saudi woman to build a career; Wusool and Quorrah are among these new regulations. The former is a transportation program for women in work, and the latter is a daycare program for those working women who are mothers.

Women between the ages of 30 and 39 make up around 40% of all working women, the most for any age group. Interestingly, among men, the age group 30-39 is similarly the largest working group. This indicates that a lot of the younger generation, which includes students and fresh graduates, is unemployed. However, recent numbers indicate an increase in female graduates across the Kingdom, which could potentially lead to more women in the workforce.

Riyadh leads in Saudization numbers, offering 400,000 jobs to women and nearly two times that number for men, among Saudi nationals only. This is despite the fact that the Saudi population is almost equally divided between the two genders. However, with increasing enrollment of women in educational systems, Riyadh might be looking at an upcoming diversification of genders in the workplace. The city’s number one position goes to the fact that Riyadh is the largest city on the Arab Peninsula, as well as the capital of Saudi Arabia. On the other side of the Kingdom, the Holy City of Mecca is in second place with Saudization numbers, followed by Madina. These two cities offer more jobs due to the work involved in annual Hajj traditions as well as all-year-round visitors, and they offer a more diverse job market than the capital. Retail, religious tourism and cultural activities provide different jobs for hundreds of thousands of Saudi’s.

Numbers provided by the General Authority for Statistics indicate progress in Saudi Arabian government’s plan to increase the number of working Saudi nationals in the Saudi workforce. This is a step towards Vision 2030, a plan to diversify the economy from oil dependence. The numbers also make sense with Vision 2030, as it involves vitalizing various aspects of the economy, including tourism, infrastructure and education. Accomplishing such a vision will change the cultural experience in Saudi Arabia, and allow the world to meet more Saudi’s, working and showing the new and true face of their country: vibrant, ambitious and modern. 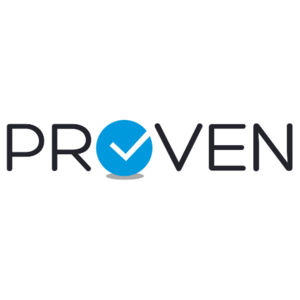