What's in a name - exploring the term APAC

The term APAC covers a swathe of countries, some with more developed markets than others. As global companies look deeper into APAC for expansion and growth, should this term still be used?

The division of global mobility into regions has a long history. There are a few reasons for why the approach to managing a global workforce is done with a regional lens, but the chief reasons are often down to a loose union of shared cultural norms, compliance, immigration and tax positions which may be favourable to the countries within and/or geographical divisions, such as oceans or mountains. While Americas has been clearly defined with an emergent sub-category of Latin America (abbreviated as LATAM) to cover the differences - both linguistically and culturally - of Canada and the USA versus Central and South American countries. Europe, Middle East and Africa (commonly called EMEA) is a bit of a looser federation with Europe, the Middle East and Africa all treated with slightly different provisions and packages, but still traditionally managed together owing to their proximity, shared time-zones and market dependencies.

The third region, Asia Pacific (abbreviated as APAC) is made up of the countries in the western Pacific Oceans. APAC tends to have the most variance with regards to what countries are included in it. It typically has East Asia, South Asia, Southeast Asia and Oceania; however, India, some of the CIS states and Russia can be included. This variance can be difficult for global mobility professionals, too, as APAC is the fastest growing region for talent both coming into and being exported out of. The reason for this difficulty? Well....

When you consider the development of business expansion into APAC over the past decade and the changing markets, the disparity between nations included is stark. Even in countries, like Thailand and China, can see lopsided return on what is required in a city like Shanghai, Beijing, Bangkok or areas in the volatile south of Thailand or rural heartland of China. The explosive pace in which some countries and cities have grown is unparalleled. While Korea, Singapore, Hong Kong, Japan, Australia and New Zealand tower as established markets, little unites them in common. Indeed, it isn't uncommon to hear the term JAPAC (Japan-Asia Pacific) as even rough proximity to one another does not give enough cultural norm. How business is conducted in APAC countries can vary wildly with requirements, cultural standards and nuances that are completely separate, but entirely important for operating correctly.

As a result of these growing divides between the established markets and the new, emerging markets and those yet to see the full weight of expansion (such as Vietnam, Mongolia and Cambodia), a standard one-size fits all policy and process for governing moves into and out of APAC simply is not enough. It runs the risk of offering too much or too little, opens the business up for further administrative work through exceptions and does not accurately reflect the evolution of the region. APAC, as a term, is useful, but it is too broad to capture the spirit of the region.

The question then becomes is APAC the right term? Or should we be discussing a movement toward new terminology, similar to how LATAM emerged as a natural successor from the Americas.

Oceania doesn't quite cover the first distinction of Australia and New Zealand. The inclusion of Hawaii, Indonesia, Fiji and Papua New Guinea among others muddies the use of the term. When it comes to global mobility, antipodean is a much more comprehensive way of looking at Australia and New Zealand. Their shared language, reduced compliance restrictions and treaties makes them similar enough for talent to move to and from, but also reflects in moving talent into the countries. Both have large, glittering cities, but also have rural interiors. Their markets are rich and similar to one another, as is their population demographics of required talent and industry.

Perhaps critically, if we examine the Human Development Index, only Korea, Australia, New Zealand and Japan qualify as very high human development. While predominantly most of APAC falls in high development (this includes China, Thailand, Malaysia and Singapore), other nations fall into medium or low development categories, with risks in Indonesia, Myanmar, Cambodia, Vietnam, the Philippines, and Nepal). Companies looking to expand into traditional APAC must be aware of this, particularly as they bring in their cultivated talent from the US, Canada and European nations. Culture shock is something that cannot be underestimated in the movement of Westerners to the East.

Even with the Antipodean region, it isn't as simple as people believe. A shared language is not always enough. The lifestyle and separation from family and friends can be difficult when moving talent to Australia and New Zealand, which is where their "hardship" comes in, in comparison to the language barriers, business conduction and other areas of cultural shock experienced in other countries in Asia.

Japan is an anomaly of its own. It is a culturally rich and distinct country. The way business is operated in Japan is different from anywhere in the world, though working hours are similar to the US. The respect, gift-giving and politeness is shared with China and Korea, as well as other Asian nations, but Japan differs in its subcultures, technological advancement and close relationship with the US. Prohibitive immigration and monolingual tendencies (business English, though important and part of Japan, is not as prominent inside Japan as it is in Korea and China [it's nearest neighbours] and most work is conducted in Japanese with translators) further separate Japan from the other countries.

Korea is the bridge between Japan and China. It is distinct as either of them, but more welcoming to expansion than Japan. It has the same level of technological innovation and excitement and is as developed as Japan with its cities and markets. Where it bridges with China is a quieter lifestyle. Korea has seen rapid expansion, particularly in its embrace of the West. Their technology firms, such as Samsung, have grown in popularity and Seoul is increasingly becoming an Asian hub for software engineering and innovation. China is, of course, China. The fastest growing economy is the fastest growing market. It's demand for talent and demand to be expanded to makes China a different place than anywhere else in Asia.

Comparing China to any other nation is impossible. The country is often seen as tiers when discussing where people move. With Tier 1 cities being Shanghai and Beijing and other cities falling down to Tier 4. These are categorised by access to goods and amenities Westerners would be used to having. China's fluctuating and developing cities makes it not only attractive as a tent-pole location for big name corporations in their large cities, but also for factories and manufacturing in the low-cost heartland. Already many multinationals have looked at how they move staff into and out of China. China is also exporting some of the top talent in the world, having homegrown organisations that are now looking west and expanding out.

But it is in contrast with the other established APAC markets in that where Korea, Singapore, Japan, Australia and New Zealand operate with free trade, China is still a communist nation with governmental control of the economy. Chinese tax, immigration, compliance and law can be extremely difficult waters to navigate for both a business moving in and for talent being brought alongside. Corporation and individual positions are just as complex.

In thinking through this topic and speaking to those who work in the market, it became clear the term APAC needs to be rethought, particularly as Vietnam, Cambodia, Mongolia and other countries move into positions where they are ripe for investment and growth. This will mean new talent, new cultural norms, new requirements for support. Moving someone to Sydney is not the same thing as moving someone to Hanoi, but it is similar to moving someone to Seoul, Shanghai or Tokyo. Just like moving someone to Hanoi is similar to Vientiane, Chiang Mai or Bangkok to Manila. The similarities then become about cost of living and access to amenities, ease of transport, overall safety and security, human rights stances and education standards.

This then defines a new APAC, one called Core APAC (CAPAC), which is made up of the nations predominantly bound together by land borders (save for the Philippines and Indonesia) and East APAC (EAPAC) made up of Korea, Japan, Australia, New Zealand, Singapore, Malaysia and China. Together they become APACCE (APAC Core & East). When APAC is realised as a more diverse and variant set of nations, it becomes easier to develop robust guidelines for moving talent into and out of the region with more flexibility and less exception.

How is your organisation defining APAC? Share your approach and thoughts with us in the comments!

Discuss your opinion on this and the unique complexities and differences across APAC with us at our APAC Summit this 7-8 September in Singapore! 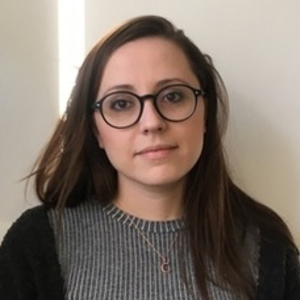 Time to Register for our next CT & NYC Chapter Meeting

What do you want to ask our expert panel about talent mobility - 16th September?