The future is disruptive

By the year 2021, robots will have made 6% of jobs in the US obsolete, according to a new survey by market research company Forrester.

This startling news is certainly bad for customer service representatives and taxi and haulage drivers (the jobs identified as being most at risk), but global property consultants, Knight Frank predict that the flip side of this will be that people working in creative industries will be a highly prized commodity.

Cities, Knight Frank argue in their 2017 Global Cities report will thrive or sink on their ability to attract this key demographic, which rather ironically includes a strong technology sector. London has been found to be one of the costliest cities for tech start-ups, closely followed by New York and San Francisco*, and yet, its tech sector appears to be thriving – for now at least. Anxieties over the effect of Brexit, once Article 50 has been invoked are mounting, but tech businesses by their very nature are perhaps more ‘future-proofed’ than most because their workforce tends to be younger, more globally mobile than most. These workers of the so-called iPhone generation are especially adept at working remotely and have no fear of disruptor businesses such as Uber and Airbnb.

Previous editions of Knight Frank’s Global Cities charted the rising importance of technology firms and creative workers to established business hubs like New York, San Francisco, London and Paris. The 2017 edition reveals that the tech and creative economy has also spread to emerging market cities like Shanghai and Bangkok, and tier-two western cities like Austin and Berlin. However, according to the report’s authors, “the common message coming from the 34 Global Cities surveyed in the report is that the urban economy is increasingly people-centric. Whether a city is driven by finance, aerospace, commodities, defence, or manufacturing, the most important asset is a large pool of educated and creative workers.”

Shaking things up with the ‘start-up culture’

The report also identifies another significant trend that has particular relevance for the relocation industry. The property consultants have taken note that established companies are increasingly looking to reintroduce the ‘start-up culture’ into their existing operations. So moving offices from the traditional business locations within a city, to a more vibrant district is often seen as part of this strategy, and Knight Frank cites GE’s relocation of its HQ from Connecticut to Boston as a typical example.

“In a low interest rate environment,” says the report, “we see large corporations coming under shareholder pressure to invest their cash reserves, and demonstrate that they are re-inventing themselves to meet the challenge of tech disruption. Several mature tech and media firms in London have already adopted the ‘born-again start-up’ strategy. However, with the digital revolution invading all aspects of life, we believe firms in industries not typically associated with Central London, like airlines and car manufacturers, will open innovation centres in the capital to stay ahead of the disruptors”.

The intense demand for space in fashionable Shoreditch, London, for instance, has seen start-up office costs soar, with Knight Frank calculating 600 sq ft of office space to cost the equivalent of US$66,706 per year – the highest of any creative district in the world. This is followed by Brooklyn in New York (US$62,736), Mid-Market in San Francisco (US$61,680), 1st, 2nd and 9th Districts in Paris (US$57,426) and the Seaport District in Boston (US$50,700).

Emerging tech and digital districts such as ‘Silicon Docks’ in Dublin and The Domain in Austin offer lower start-up costs at US$47,345 and US$35,280 respectively. Similarly, South Lake Union in Seattle, where Microsoft and Amazon have a large presence, also offers what seems more affordable office space for start-ups at US$33,600.

Knight Frank’s analysis also reveals however, that Shoreditch in London offers the greatest cost saving for tech businesses that opt to locate in co-working spaces. The cost of occupying four desks in a co-working space in Shoreditch is US$28,933 per annum, a saving of US$37,773, or 57%, versus traditional office space. It is followed by San Francisco’s Mid-Market district, where the annual saving would be US$37,680, and Boston where co-working provides a US$36,150 discount on the cost of traditional office space.

The cost differential is less pronounced in emerging tech and creative districts such as those areas in Austin and Seattle, where companies would pay less than $10,000 per annum more for office space than they would for co-working space.

James Nicholson, Partner, Knight Frank Tech, commented, “This study illustrates that co-working has an important role to play in supporting the next generation of innovative tech companies early in their life cycle. These businesses are highly mobile, and mature markets such as Shoreditch and Brooklyn – having worked so hard to cultivate tech clusters – risk being overtaken by other locations if they cannot provide affordable workspace.”

However, Knight Frank also argue that although much of the global economy in the last decade has seen stagnation and even decline, this has often occurred alongside innovation and success. According to the report, the locations that have performed best in this unpredictable environment have generally hosted the creative and technology industries that lead the digital revolution, and disrupt established markets.

The concept of the co-working space and the start-up culture that often accompanies it may be a strategy that all businesses should consider.

*The research, undertaken as part of Knight Frank’s 2017 Global Cities Report, examines the cost of leasing and fitting-out 600 sq ft of office space in the tech and creative districts of the world’s leading cities.

Back to Technology
Next 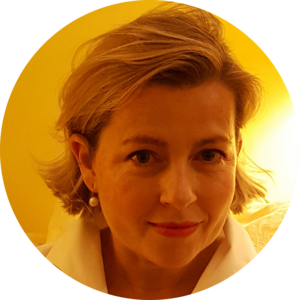