The provincial governments of Alberta and British Colombia have reopened the nomination streams and categories under the Alberta Immigrant Nominee (AINP) and British Columbia Nominee Programs (BC PNP), respectively, after the programs' quotas were reached for 2015.

Specific quotas for 2016 under both programs are still being negotiated with the federal government.

New AINP applications are being accepted under all categories, which include the following streams:

In addition to reopening intake for the BC PNP, the government of British Columbia has also launched a new intake system which includes a new points-based Skills Immigration Registration System (SIRS) that will rank applicants based on a registration score.

Under the registration system, applicants will be sorted based on which category they may apply for nomination.

What This Means For Employers

Although Alberta did not introduce an Express Entry program for its provincial nomination stream, British Columbia is expanding its programs, which allows flexibility for foreign workers in that province.

This alert is for informational purposes only. If you have any questions, please contact the global immigration professional with whom you work at Fragomen Worldwide or send an email to canada@fragomen.comor visit www.fragomen.com/knowledge-center.
Previous 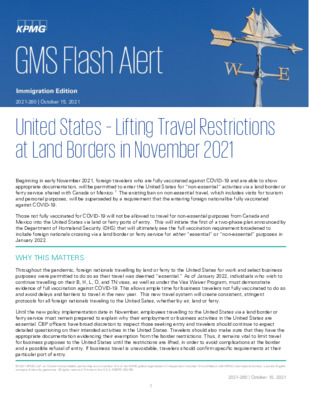