International Assignments...once upon a time

The simplicity of assignments in the good old days will put a smile on your face...

I recently happened to come across a 79 year old friend of my dad who shared fantastic insights into how assignments looked like in the late sixties from an employee perspective. The story touched me by its simplicity and the stark contrast to today's reality in mobility.

He was a young engineer working for a large German Engineering company. Once there was word of a large scale project in India. The blackboard in their canteen said that they looked for 25 engineers to go for 2 years to India and that interested employees shall report to the Personalbüro (HR office). He was curious, so he went there. He was briefly - really briefly - explained the terms and conditions:

He was then given a form to apply and was two weeks later notified that he was accepted and flew out two further weeks later. They had more applicants than positions at the time, so he considered himself lucky.

In terms of preparation he was only sent to the company doctor for a check-up and some vaccinations. As far as he could remember he continued to remain in his home social security and also continued to pay his German home taxes. The necessary paperwork for visa and work permits was all handled by his employer.

The location where a large power station was to be build was 4hrs drive outside of larger towns and cities in rural India. They travelled in groups (only men at the time) and were picked up at the airport in Bombay and driven to their camp. It consisted of simply furnished straw huts (@3USD a week with maid) and only one stone house where the chief engineer resided. He was the only one who had his family with him and even a private teacher for his children. Life as an Expat was pretty unspectacular. Outside their jobs they spent once a month a weekend in a nearby town and the Germans managed to bring in some beer to the camp and set up a bar - fully supported by the company - which gave them some distraction from work.

Since the possibilities to spend money were almost non-existent - unless on home leave - the majority returned to their home country with a nice amount of money they managed to put aside. Some found that so attractive that they immediately applied for the next overseas job, while others continued in their home jobs.

He was only certain that at least he himself was not promoted after the assignment, but said that he would have anyway not expected it. Looking back, he said that it was a nice adventure that he appreciated a lot. And I believe he referred to the money, if I am not wrong...

A Tale of Two Wallets

What are the key issues affecting global employers’ benefits strategies? 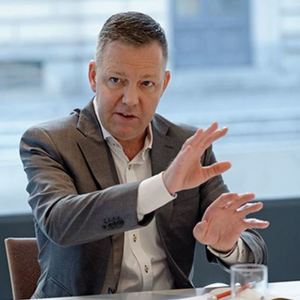