The IRS Streamlined Procedure – who's it for and how does it work?

In 2014, the IRS launched its reformed Streamlined Procedure, offering US expats who weren't previously aware of their tax and FBAR filing requirements a penalty-free path to compliance.

Since the 2008 financial crisis, the US government has been making substantial efforts to tackle tax evasion as part of a wider effort to tackle the national debt. One group in particular that has been targeted is that of high value individuals who hide their wealth abroad. However the measures taken to recover tax income from them have also made life difficult for the estimated nine million normal US citizens and green card holders living outside the US. Onerous new filing requirements including FATCA and FBAR forms declaring overseas assets and bank accounts, alongside harsh penalties for expats who weren't up to date with their filing, have helped cause an unprecedented spike in the numbers of people taking the drastic step of renouncing their US citizenship. However millions of expats still aren't up to date and compliant with their filing for the simple reason that they aren't aware that they have to file.

The US is the only major nation in the world that taxes on citizenship rather than residence, so that US citizens (and green card holders) are obliged to file and pay tax on their worldwide income wherever they live.

Thankfully, the IRS finally recognized that many of the millions of expats that aren't filing weren't wilfully avoiding filing and paying tax, but were genuinely unaware that they had to, and reformed the Streamlined Procedure as a way for them to start filing without paying penalties for their past non-compliance.

The amnesty known as the Streamlined Procedure existed previously, however it had only been available to people who owed less than $1,500 a year in taxes. In 2014 however, it became available to anyone, and simply requires self-certification that previous missed filings were not wilful tax avoidance.

Since it came into force in June 2014, tens of thousands have come forward and filed using the Streamlined Procedure. There are still however millions of US expats around the world who aren't filing. The IRS knows this as it knows how many expats there are and also how many returns it is receiving from abroad, and the gap is still several million people.

The IRS is also well aware that there is potentially a lot of revenue due from this group, and in 2014 it also began to oblige foreign banks to hand over account info of their American account holders. This has not only caused many foreign banks a great deal of paperwork, it has also resulted in some cases in Americans being refused account services or even having their accounts closed if their bank considers having American account holders to be more trouble that it's worth. The upshot is that for the 2015 tax year, the IRS has a great deal of detailed banking information about Americans earning abroad that it can compare with tax return info.

It requires that you file your last three years' returns along with your last six years of FBARs (declaring any foreign bank accounts if the total combined balance in them was over $10,000 at any time during the tax year), that any taxes due are paid, and that you sign a declaration saying that past non-compliance wasn't wilful avoidance. And that's it. No penalties, and no more hassle. Now two years after its launch, the Streamlined Procedure continues to represent a great opportunity for US expats who haven't yet got to grips with their tax filing obligations to become compliant.

With clients in over 150 countries worldwide, Bright!Tax is a leading provider of US expat tax services to the eight million Americans living overseas. 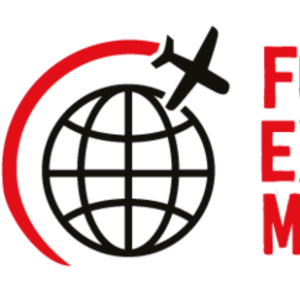 From Mobility to Mobilisation