Is there a difference between employee engagement and employee happiness?

As one of the hottest topics in HR and C Suite circles ‘employee engagement’ and ‘happy employees’ is what everyone wants. We all know the benefits of having engaged and / or happy people but which one should be our goal and, are they mutually exclusive?

When it comes to happiness, Greek philosopher Epicurus may be able to shed some light.

Born in 341 BC it’s recorded that Epicurus, who had an unusually long beard, wrote over three hundred books and became one of the most famous philosophers of his age. What made him stand out was a relentless focus to answer one question - how can you make yourself happy?

Amongst his many theories and experiments he created a Commune where everyone stopped working for other people and accepted cuts in their income. In return for this sacrifice the Commune were able to focus their time on what they believed to be fulfilling work. The results was that whilst they had far less income, there was a marked increase in their intrinsic satisfaction and happiness.

Today engagement and happiness are measured in a variety of different ways though it’s fair to say the boardroom isn’t interested in having less income. It’s because of this that other investment channels are often given priority over happiness, and often over engagement and wellbeing too.

1. Firstly, focus on your culture, values and most importantly your purpose. Then communicate this showing specifically how your people and their different roles contribute to that purpose. It’s more powerful if they work this out themselves, so facilitate instead of telling.

2. Second, make sure you hire (or develop) the right leadership team with relevant experience and skill-sets that bring the first step to life authentically and on a daily basis.

3. Finally, trust and empower your people to carry out their roles, being vigilant when it comes to providing support, development, recognition and guidance.

Following these three simple steps and focusing your goal on improving people’s sense of purpose should increase your employee engagement, happiness and profits.

So, unlike Epicurus you don’t have to make happiness the goal but rather the by-product of your actions to increase engagement, and possibly even spread some happiness in the Boardroom. 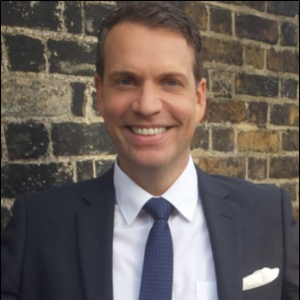 Damian is a multi-award winning communications professional with more than two decades experience in commercial strategy and advertising roles. He’s held senior managerial and board executive roles at Express Newspapers, United News & Media, WFCA Plc, EMAP and AOL Time Warner. Before becoming Managing Partner of The Boost Partnership he specialised in ‘people engagement’ as Business Advisor for a leading CIPD HR consultancy in the UK. What distinguishes Damian in the field of ‘learning and development’ is his passion for keeping things simple and providing clear explanations for what motivates and drives effective change in people. Damian currently helps a select group of clients uncover how to create their own people strategy that enables them to provide a more productive, engaging and great place to work. He is a contributor to specialist HR, Leadership and Business Management press and Business Mentor for His Royal Highness the Duke of York’s ‘Enterprise Unit’.
Follow

Excellent question to ask Damian. The question inside this I find myself considering is how can Global Mobility improve employee engagement rather than just fulfil happiness.

Thanks Courtney, I'll try to answer that as succinctly as possible. Employee Engagement and Global Mobility are currently the fastest-growing areas of opportunity for HR professionals. They're inter-linked and it would be difficult to see one operating successfully without the other in place. To give a specific example of how Global Mobility improves employee engagement (happiness aside for the moment) is if we consider the challenge of attracting and retaining Millennials. Millennials already form 25%-35% of the workforce and by 2020, they'll be 50%-75% of the global workforce. That said, they remain in short supply particularly in parts of the world where birth rates are lower - CEOs also report that attracting and keeping younger workers is one of their biggest talent challenges. So here's the rub.......Millennials have a strong appetite for working overseas. 71% expect and want to do an overseas assignment during their career, therefore Global Mobility will be a significant consideration whether Millennials work with you or not - The second part is that by providing a best in class Global Mobility team you'll add real value to the organisation and overall engagement of the employee - This will go along way to attracting and retaining them in the future. If you want more you'll have to join me in Philadelphia in May for my Keynote address 'Be the change - Has Global Mobility be dealt a winning hand', till then I hope this will suffice :)

Sorry that should've read *'Be the change - Has Global Mobility been dealt a winning hand'.

Leveraging a strong Immigration Program for 2020