Hiring Remote Workers in India: A Guide for UK Employers

For a UK Employer, there are many advantages to hiring an employee based in India. The talent pool is large to choose from, and in business culture, English is the main language used. There are, however, differences in culture that are important to know when developing a business relationship.

Knowing these differences can enhance the overall relationship and lead to a more positive, respectful, and understanding work environment.

What to Consider When Hiring a Remote Worker in India

What are some cultural differences to be aware of?

It is important for a UK employer to be aware of certain facets of Indian culture during the recruitment stage. In India, job titles and permanent jobs hold significant weight. Contract and freelance jobs aren’t as common in India as they are in the UK, and so when offering a role to an Indian employee, UK employers should keep in mind that permanent contracts will hold far more appeal. Job titles also carry more weight in India than in the UK, with social status, eligibility for a mortgage, and even marriage prospects all affected by their role. The UK company itself is also significant from an Indian employee’s perspective.

UK culture is also more open than the Indian culture. Though UK citizens are notoriously polite, they are also more likely to convey what they are thinking. In comparison, Indian workplace culture more closely follows the ethos of, if you have nothing nice to say, don’t say it at all. It may be harder to gain an Indian employee’s perspective and opinion on tasks as it is encouraged to avoid offending the other person. Therefore, the UK employer may need to press their Indian employee and emphasize that honest opinions are encouraged.

UK employers must be sensitive to certain differences, such as how managers and employees in India are generally more formal and will appear to have more hierarchy than in the UK. This is exemplified in how Indian workplaces will generally have clear indications on who the leaders are and where the employees are required to report to.

This is in contrast to the UK, where the working structure is flatter. Furthermore, Indian culture overall has a more collective mindset, whereas the UK culture is more individualistic. This generally means that Indian culture has more focus on group efforts, and how their actions affect the group they are in. In comparison, the UK (along with most Western societies) regard their actions and status as an individual. In a workplace context, goals are more personal in western culture, whereas goals are a group effort in Indian (and many other Eastern) cultures.

What are the typical working hours in India?

The typical working hours in India are between... read more 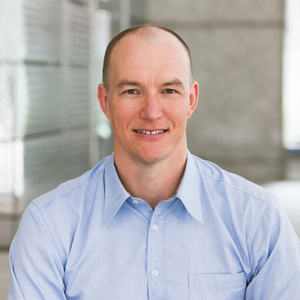