Taxation on wages varies greatly from one country to another and often corresponds to a regional and cultural logic. There are direct consequences on employer costs and the employees’ net remuneration after-tax, so these are to be kept in mind before deciding to go to work abroad.

Compared to other parts of the world and due to their history, Western European countries have an important social welfare culture resulting in heavy taxation policies for employees and companies.

The results of our study show that employer contribution rates are highest in France and Belgium, thus significantly increasing employer costs. Spain follows in third place, but with contributions capped at € 3,751 per month the burden on higher income earners is lessened.

While France is regularly accused of high social security contributions (on average 22% for employees and 43% for companies), its income tax policy is more generous than that applied by its European neighbours. For example, the tax rate for a married couple with two children and an annual income of € 100,000 is only around 6% in France - due to the effects of family quotient and tax benefits. Netherlands and Belgium, on the other hand, apply a higher tax rate on high- income earners meaning employees of these countries receive one of the worst net salaries after deduction of social security contributions and income tax.

It should be noted that even though a high level of compulsory levies increases labour costs, they in turn fund the social protection provided to the residents of the countries concerned.

Anglo-Saxon countries like United States, Canada and the United Kingdom, are rare in that businesses pay very low employer social contribution rates - around 7 to 10% depending on the level of remuneration - two to four times lower than in the countries of Western Europe. This strategy encourages economic prosperity via entrepreneurship.

Compulsory social security contributions for employees are also low, varying between 4 and 10% depending on the situation. The lowest rates are found in Canada irrespective of the level of remuneration.

That said, it’s not necessarily more financially attractive to reside in these countries, because although social security contributions may be lower, income tax is higher and often disparate depending on the country. For example, for a married couple with two children and an income of € 100,000, the income tax rate is almost 33% in Canada (Quebec) whilst is just over 15% for the USA – despite for example New York being well renowned for its heavy taxation.

The city-states of Asia and the Middle East for example Dubai, Hong Kong and Singapore all have a common feature: very low or even no social contributions and a virtually non-existent tax burden. International mobility to these cities can therefore be highly attractive to both the employer and the employee (with the exception of cost of living).

In the United Arab Emirates, income tax and social security contributions simply don’t exist, which makes the destination undeniably attractive for expatriates. The situation is similar in other oil-producing countries such as Kuwait and Qatar however, even those these countries have no income tax, the recent introduction of VAT has caused some changes.

In Singapore the marginal income tax bracket is 22%. The rate is even lower in Hong Kong at 17%. The presence of a wide range of tax brackets allows a controlled tax increase with increasing salary. For example a family with two children and a salary of € 100,000, will be taxed at 4.8% in Hong Kong and around 6% in Singapore.

For the same level of remuneration, the net salary after-tax and after payment of social security charges represents approximately 94% of the gross salary in Singapore and almost 93% in Hong Kong. By contrast the net salary would be 73% in Paris, 77% in New York and only 59% in Amsterdam.

Taxation and social legislation change with government reforms and should be followed closely especially in the coming weeks. 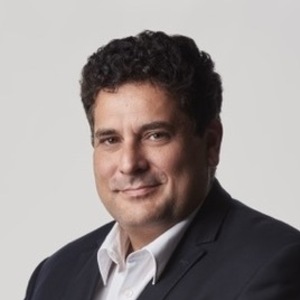 Global Mobility Professional of the Year - meet some previous winners - and make YOUR nomination for 2021!

Meet our GLOBAL Webinar panel - What will YOU ask them about Risk Management & Mobility in 2021?